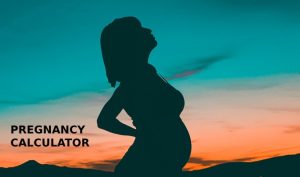 There are a lot of myths and misconceptions out there about pregnancy. But what does the data say? We’ll look at some of the latest pregnancy statistics, from conception to birth rates to abortion rates.

Vaginal birth after cesarean delivery (VBAC) is a safe and successful option for many women who have had a previous cesarean delivery. Most women who attempt VBAC are successful in delivering vaginally. However, there is a small risk of approximately 1% to 2% of uterine rupture during labor. There was a 2% increase in successful vaginal birth after cesarean to 14.2% from 13.9% in 2020, after a 1% increase from 13.8% in 2019 in the United States. Women who attempt VBAC should be closely monitored during labor, and those who are unsuccessful in delivering vaginally will need to have an emergency cesarean delivery.

Adolescent pregnancy is a problem that affects both developed and developing countries. In the United States, it is estimated that one in four girls will become pregnant before they reach the age of 20. This rate is much higher in developing countries, where up to one in three girls are estimated to become pregnant before age 20. There has been a significant decrease in the adolescent birth rate from 65.4 births per 1000 teenage girls in the year 2000 to 42.5 births per 1000 adolescent girls.

There are a number of ways to measure the incidence of unintended pregnancy. One standard measure is the percentage of women who report that their most recent pregnancy was unintended. According to The United Nations Population Fund, formerly the United Nations Fund for Population Activities, 121 million unintended pregnancies were recorded yearly between 2015 and 2019. This number is estimated to be nearly half of all pregnancies globally each year. The leading cause of these pregnancies was that 40% of women don’t use contraceptive methods.

The trend of declining birth rates is still ongoing. It may be accelerating in developed countries. The total fertility rate (TFR) is estimated to be below replacement level in 23 countries and regions, including most of Europe, Russia, China, and Japan. If current trends continue, the global TFR will decline from 2.4 births per woman in 2017 to 1.7 births per woman by 2100. This would represent a nearly 30% decrease in global fertility over the next 83 years.

The average global fertility rate is 2.5 births per woman, but this number varies widely from country to country. In some countries, the fertility rate is below replacement level, while in others, it is well above. Several factors can affect fertility rates, including economic stability, access to healthcare and family planning services, cultural norms, and religious beliefs. In countries where women have fewer opportunities and rights, fertility rates tend to be higher.

It is estimated that 30% and 40% of all pregnancies globally are unintended, and about 22% end in induced abortion. However, the incidence of abortion varies significantly among counties and geographical regions. It is highest in developing regions, where 47% of all abortions take place, and lowest in developed regions, where only 12% of all abortions take place.
Although the teen pregnancy rate in the United States has declined over the past few decades, conception remains higher than in most other developed countries. In 2015, there were 24 births for every 1,000 teenage girls aged 15-19, compared to an average of 12 births per 1,000 adolescent girls in other developed countries.

The numbers are both good and wrong regarding teen pregnancies and childbearing in the United States. On the one hand, rates have declined significantly over the past few decades. In fact, according to the most recent data, the teen pregnancy rate stands at 15.4 births in every 1000 females aged 15 to 19 years, which is an all-time low. However, there is still a long way to go. Reports show that while teen pregnancy and birth rates have declined sharply since their peak in the early 1990s, they are still much higher than in the 1970s and 1980s. Though black and Hispanic teens have made the most progress in reducing their teen pregnancy rates, they still experience them at much higher levels than white teens.

The European Union (EU) average woman will have approximately 1.5 children throughout her lifetime. This number has been relatively steady for the past few decades but is down from the peak of 6.5 children per woman in the 1960s. There are a number of reasons for this decrease in fertility, including an increase in the age at which women have their first child. Statistics show that, on average, women in the EU have their first child at 29.5. A decrease in the overall number of births per woman is another reason for a decline in fertility, with statistics showing only 20% of women gave birth to 3 children or more.

In conclusion, pregnancy is a fantastic time in a woman’s life, but it can also be stressful. There are so many things to think about and keep track of, from the size and development of the baby to the mother’s health and well-being. 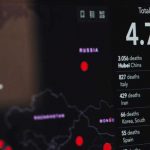 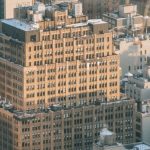